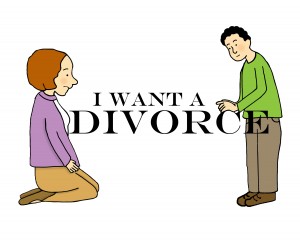 grounds
for divorce
pronounciation:
why?/
noun
1. the reason for the legal dissolution of a marriage by a court or other competent body.
verb
1. reason to legally dissolve one’s marriage with (someone).

In order to get a divorce, you must have a reason to divorce!

what are the grounds for divorce?

The grounds for divorce vary from state to state! Here are some common ones:

If one person does not want to get a divorce, that person is contesting the grounds for divorce and the divorce is a contested divorce!

Alienation of affection is a cause of action against a third party brought by a spouse who has been deserted. The crux of an alienation of affection suit is that the third party is responsible for the failure of the marriage. This cause of action has been abolished in many jurisdictions. North Carolina is a jurisdiction where these suits are still used.